A Second Chance to Make a Difference 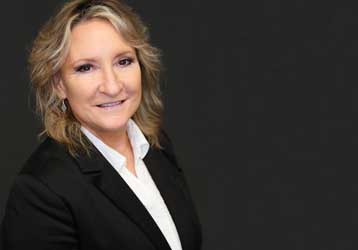 “This scholarship is not only helping me pay part of my tuition, clinic, and school fees, it will also make a huge difference in my life by reducing the amount of student debt I’ll have.”

Vanessa is no stranger to hard work and tough challenges. Having raised four children, with the youngest now in college, and beating breast cancer, the last thing Vanessa ever considered was returning to school.

Vanessa had worked in the medical field for many years at Clinton Memorial Hospital, primarily as a nurse’s aid, but when she became the patient instead of the caregiver, she gained a whole new appreciation for the compassion and support her healthcare colleagues provided her during her battle with cancer. As a result, Vanessa developed an overwhelming desire to give back to the community that had supported her during her greatest time of need.

With her team’s encouragement and the gift of a pink breast cancer stethoscope, Vanessa decided to enroll in Southern State’s nursing program. Her main concern was that she would not fit in, being older than her classmates. But her fears were unfounded, as she joined various study groups and easily made friends. Struggling financially, she was pleased to learn about Southern State’s nursing scholarship available through the Clinton County Foundation.

“This scholarship is not only helping me pay part of my tuition, clinic, and school fees, it will also make a huge difference in my life by reducing the amount of student debt I’ll have,” explained Vanessa.

“The compassion of our anonymous donor to support students in need like Vanessa is a remarkable example of paying it forward. This is how foundations and individuals work together to benefit future generations,” shared the Foundation’s executive director, Alison Belfrage.

Today, Vanessa continues to juggle a very busy schedule, working and attending school full time while also serving as one of three campus ministry leaders. She’s looking forward to graduating in spring 2023 and hopes to continue working in the Clinton Memorial Hospital ER where she’s worked for the last seven years, giving back to the community that helped her survive those tough times.